Disgraced comedian Bill Cosby will go on trial in June, 2017, accused of sexually assault a woman at his Philadelphia home more than a decade ago. If convicted, the 79-year-old actor faces up to 10 years in prison. He faces three counts of felony aggravated assault allegedly involving a Toronto woman who came forward claiming that she was sexually assaulted after she was drugged. Judge Steven O’Neill set the June trial date and said proceedings could begin earlier if schedules permit. Lawyers for Cosby want an extensive deposition and a phone call between him and his accuser’s mother excluded from the criminal trial process. The judge did not rule on whether prosecutors could enter into evidence that phone call. Government prosecutor Kevin Steele wants to submit the recording, but would not elaborate on its contents. The judge says he’ll rule on the phone call within a week. 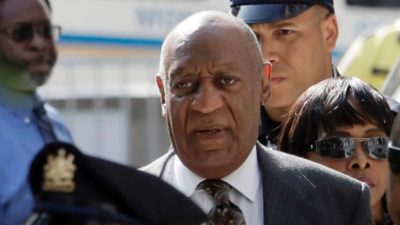