'COOL' RECEPTION FOR HELMET OF JAMAICAN BOBSLED PILOT AT AUCTION

There were no buyers for a helmet worn by the pilot of the Olympic Jamaican bobsled team an auction of Olympic memorabilia in Boston. The yellow headgear worn by Jamaican Dudley Stokes during the 1988 Winter Olympics in Calgary failed to sell for the price of $3,500 U.S. It seems the once popular underdog team isn’t attracting the same interest as the they did in 80’s. A pair of orange and pink ski goggles also worn by Stokes didn’t generate much interest either. A spokesman of RR Auction in Boston says the helmet was bought at a lower price by a private collector in the United States after the auction closed last week. He was surprised that the helmet, which he called the “hidden gem” of the auction, didn’t attract more attention. The story of Jamaican bobsled team, who had never experienced snow before, earned worldwide attention and was later made into the 1993 move “Cool Runnings” starring the late John Candy. 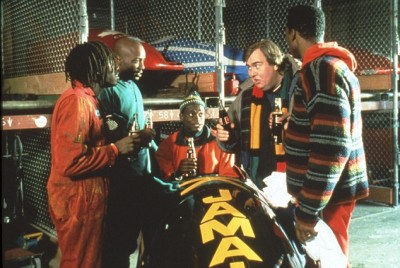