An new uplifting Canadian musical that celebrates human compassion in the face of tragedy premiers at Toronto’s Royal Alex Theatre in November. Written by Canadian husband and wife team Irene Sankoff and David Hein, Come From Away is set in the remote town of Gander Newfoundland, where residents played the unexpected hosts to passengers of 38 planes that were forced to land on 9/11. Based on interviews with residents and passengers, the show explores how this tiny community opened its hearts and homes to their unexpected guests. The truly Canadian story will be introduced to the theatre world’s biggest audiences on Broadway in New York in the spring, 2017. Come From Away has been a great success so far. It won six awards and had sold-out, record-breaking performances and is ranked among the top plays on various critics lists in California and Washington. 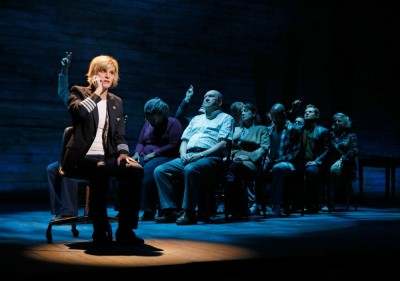