PROVINCES AND FEDERAL FINANCE MINISTERS AGREE ON CHANGES TO CPP

Canada Pension Plan benefits and premiums could soon rise after an agreement in principle was reached in Vancouver at a meeting of the country’s finance ministers Monday.

Ontario’s Charles Sousa says the expanded C-P-P would replace the plan the province was working on. 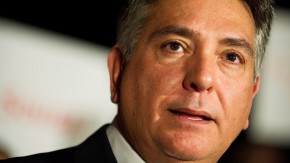 Once the plan is fully implemented, the maximum annual benefits will increase by about one-third to $17,478.