RARE SHAKESPEARE FIND TO BE DISPLAYED AT THE GLOBE

A rare first edition of William Shakespeare’s plays will go on display starting next summer in the Bard’s spiritual home just a few hundred meters where it was printed. The play was printed in 1623 and discovered last year in a library in Saint-Omer, France. Saint-Omer librarian Remy Cordonnier identified the folio, which was missing its title page and had been misidentified as an 18th-century printing. 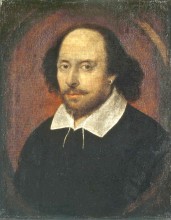 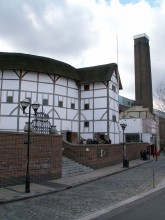 The rare first edition will be displayed at Shakespeare’s Globe theatre for two months in July. About 750 copies of Shakespeare’s collected plays were printed seven years after the playwright died. Shakespeare works can be very valuable, one First Folio sold at Christie’s auction house in 2006 for $6.8 million. Saint-Omer mayor Francois Decoster said Cordonnier had told him of the discovery by saying “I think we’ve found the second-most-precious book in the world.” He said the town already has a copy of the most valuable, the 15th-century Gutenberg Bible. Some 230 copies are known to survive, including the book found among belongings from a now-defunct Jesuit college in Saint-Omer, near Calais in Northern France.