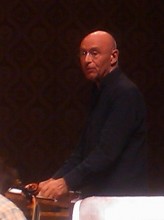 He is only the sixth to ever hold down the position. However, many question Eschenbach’s contributions to the NSO and The Kennedy Center, boasting one of the highest conductor salaries in the United States. Many accuse Eschenbach of being a relatively average, if not boring, conductor who has not done much to elevate the NSO to its full potential.
The search has officially begun to fill his position.