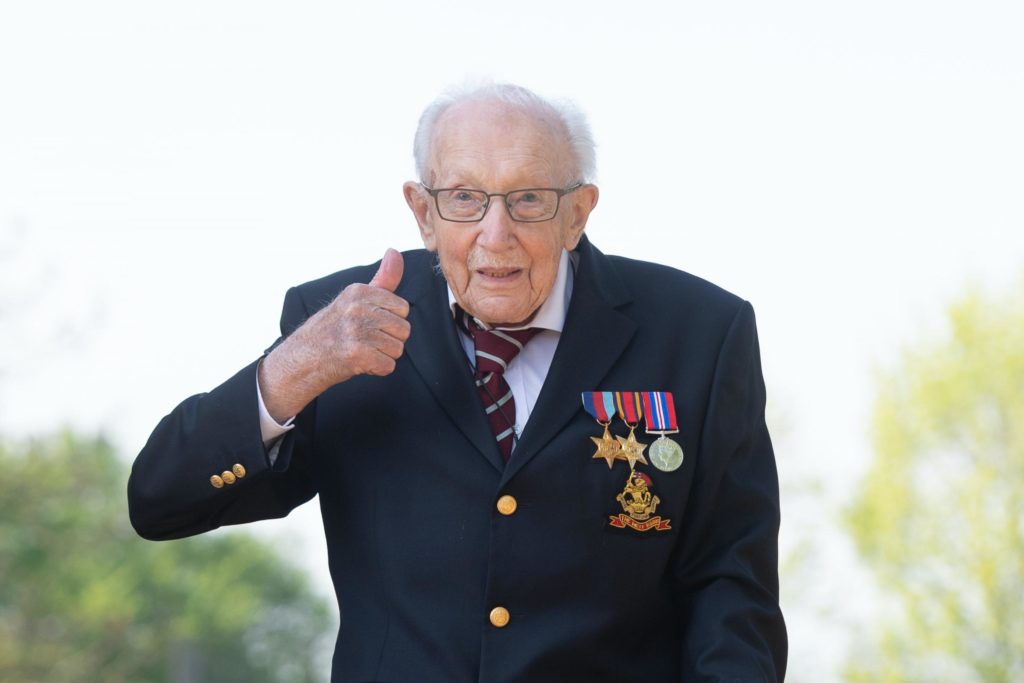 Tens of thousands of Britain’s pledged donations as Moore pursued his goal of finishing the laps before his 100th birthday on April 30th.

Nine soldiers from the Yorkshire Regiment, a unit linked to Moore’s former British army regiment, lined the walkway in his Bedfordshire backyard, forming an honour guard for the veteran’s final laps.

Queen Elizabeth promoted Captain Tom Moore to honorary Colonel and a special flyover was arranged to commemorate his achievements.

Elton John even paid a heartfelt tribute to the WWII veteran by making a post on his Instagram page saying:

“Tom Moore is an amazing man with a huge heart. What he has raised for the NHS is phenomenal and has inspired me to join the legions of other British citizens contributing to his fundraising efforts. Captain Moore demonstrates a triumph of the human spirit and shows us all how one person can make a big difference.
P.S. Congratulations on your Number 1 record. For a 99 year old that’s not too shabby!! “

This Week on From a Woman's Perspective: February 4th, 2023