The Day the Music Died - A Sad Day for Rock'n'Roll 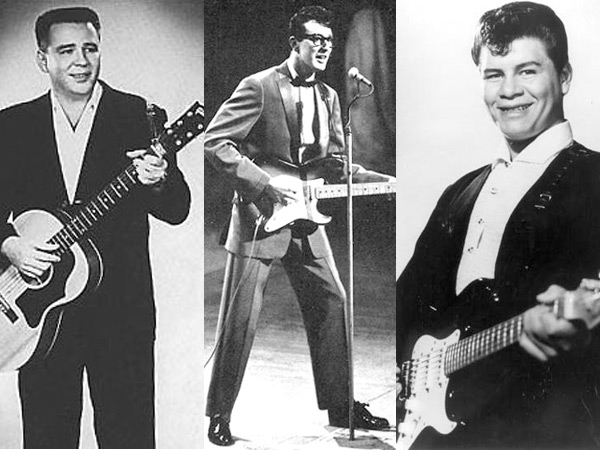 February 3rd, 1959 is one of rock’n’roll’s most infamous dates – ‘the day the music died’ – according to Don McLean’s classic ‘American Pie’. Buddy Holly, Big Bopper and Ritchie Valens, along with the pilot, died in a plane crash on a cold snowy night outside Clear Lake Iowa, following their performance on that ill-fated ‘Winter Dance Party Tour’.

It was shocking day for the teenagers of the 1950s. Holly was only 22, and already a major star; The Big Bopper, a radio dee-jay with a big voice and a bigger novelty hit in ‘Chantilly Lace’, was ‘the old man’ of the trio at 28, and Ritchie Valens, was just a kid, at 17. I’ve been doing an annual music special around February 3rd every year – and this year will be no different. Despite the sadness of the occasion – I look forward to digging out the well-known classic songs, as well as the less-known rarities by these 3 stars. ‘Three Stars’ was the title of the first tribute song to follow a rock’n’roll tragedy – and I’ll certainly play it – along with songs by all the scheduled performers on the tragic tour.

I’ll also tell you about the legacy that grew out of this tragedy: the songs that lived on, the tour survivors, and changed careers. A fascinating look back at a pivotal day in rock’n’roll history. That’s this Sunday – February 2nd at 2pm. – on Vintage Favourites.