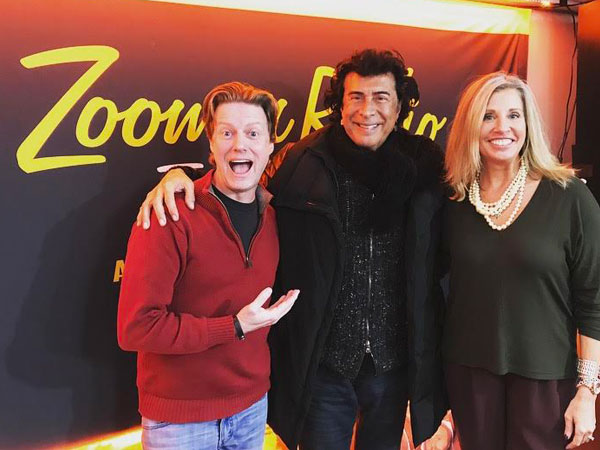 Legendary music icon Andy Kim is among the latest inductees to the Canadian Music Hall of Fame.

Friend to Zoomer Radio, Andy Kim, will be inducted along with the late Bobby Curtola, Chilliwack and Cowboy Junkies.

Originally from Montreal, Andy Kim was the singer-songwriter behind a number of pop rock hits in the 1960s and 70s, including Rock Me Gently and Baby I Love You.

Andy joins Breakfast Radio with Neil, Sam and Jane on Friday morning after 8am on Zoomer Radio (AM740/96.7FM in Downtown Toronto), so make sure you tune in to hear his reaction to this latest honour.

Bobby Curtola was also a friend to Zoomer Radio and got his start as a teen idol in Port Arthur, Ontario in the early 1960s. His biggest hit was Fortune Teller, which sold 2.5 million copies and he was the first artist to receive a Canadian registered gold album. Bobby was a dear friend to our own Robbie Lane. Bobby Curtola died in 2016.

The Canadian Music Hall of Fame induction ceremony will take place in Calgary on October 27th.