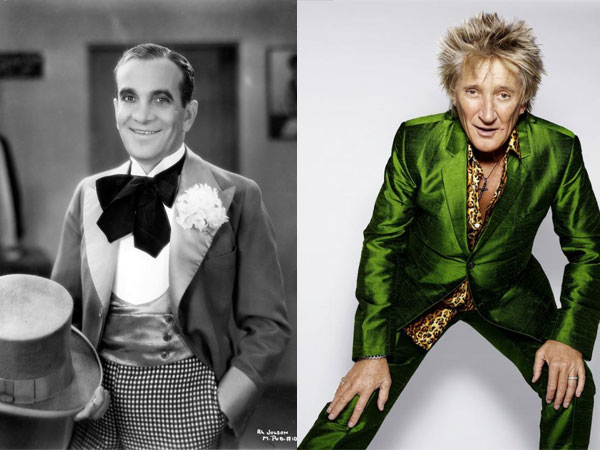 Al Jolson is not in the Rock and Roll Hall of Fame.

But Rod Stewart is. On his own, and as a member of Faces.

You could argue he wouldn’t be there at all – if not for Al Jolson.

Rod Stewart had, in Rod’s own words, “a fantastically happy childhood.”

Another child might have found those records hopelessly hokey. But not Rod.

He studied Jolson’s life. Watched his movies. Learned valuable lessons when Jolson put everything he had into every performance he gave. And the audience gave as good as it got back.

We shouldn’t have been surprised then, when Rod recorded standards from the Great American Songbook – songs that Al Jolson himself could have recorded.

Zoomer Radio continues with the Rock and Roll Hall of Fame Week, celebrating – from the classes of 1994 and 2012 – Rod Stewart.