Proud Sponsor of these Winter Events... 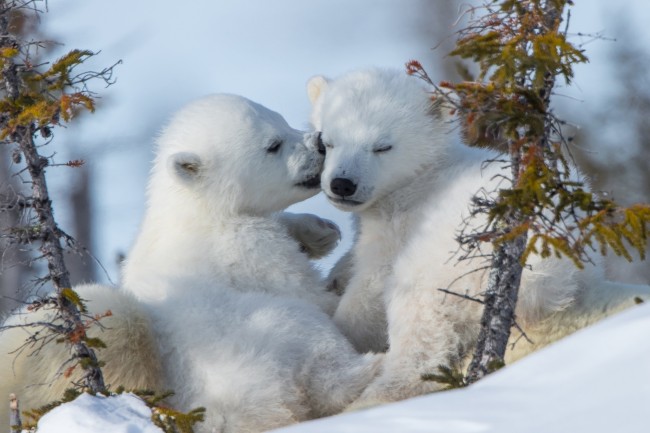 TIFF CINEMATHEQUE
On Now
Zoomer Radio is the Official Media Partner of TIFF‘s “Cinematheque” programme. This year-round programme at the TIFF Bell Lightbox is devoted to film classics and favourites, rarities and recent restorations. Each season “Cinematheque” features curated retrospectives, national and regional spotlights, experimental and avant-garde cinema and in-cinema conversations and special guests. For tickets and info go to tiff.net.

ZOOMER RADIO PET OF THE WEEK
We’re proud sponsors of The Toronto Humane Society and each week we highlight a different pet who is in need of finding it’s “forever home”. Check our website every Monday for each weeks updated pet or learn more about the adoption process by visiting torontohumanesociety.com.

ROSS PETTY PRODUCTIONS “THE WIZARD OF OZ”
On Now to January 5
“Toto, I don’t think we’re in Toronto anymore!” Ross Petty Productions proudly presents THE WIZARD OF OZ – The Toto-ly Twistered Family Musical. Follow the yellow brick road to the Elgin Theatre in Toronto from November 30, 2018 – January 5, 2019 for the 23rd annual fractured fairytale! Tickets can be purchased online at rosspetty.com, by phone at 1.855.599.9090 or in person at the Elgin Theatre Box Office, 189 Yonge Street, Toronto.

A CHRISTMAS CAROL
On Now to December 24
Ebenezer Scrooge is visited by three ghosts who help him understand the importance of charity in the holiday season. For tickets and more info visit: https://s3.amazonaws.comsoulpepper.ca.

PETER PAN
On Now to January 5
A lively musical reimagining of J. M. Barrie’s classic story about the boy who would never grow up. For tickets visit https://s3.amazonaws.comsoulpepper.ca.

THE 8TH ANNUAL “ANIMALS BEYOND BORDERS” FUNDRAISER
December 19
Zoomer Radio is proud to sponsor the 8th Annual “Animals Beyond Borders” fundraiser on Wednesday, December 19 from 6 to 11 pm at The Ralph Thorton Community Centre at 765 Queen Street East.  It’s an evening of music, captivating speakers, a Silent Auction and delicious Vegan food. Tickets are available at the door with proceeds going to Toronto Pig Save and local Animals Rescue organizations. For more information go to animalsbeyondborders.com.

ABBAMANIA
December 29 and 31
The Zoomer Radio Presention of “Abbamania” is on December 29 or New Year’s Eve (December 31) at 8 pm at The Winter Garden Theatre in Downtown Toronto. Don’t miss this fun-filled night and a tribute to one of the world’s biggest super groups “Abba” …and sing-along to all their number 1 hits. For tickets and more info visit: livenation.com

SHEN YUN
January 9 to 13 and March 26 to 31
Zoomer Radio is the “Official Radio Sponsor” of the all-new “Shen Yun 2019″ in Mississauga at The Living Arts Centre January 9 to 13 and in Toronto at The Four Seasons Centre from March 26 to 31. Shen Yun is an unmatched theatrical experience and it takes you on a journey through China’s five millennia of inspired culture featuring Chinese dancers, a spectacular animated backdrops accompanied by a full orchestra. For tickets go to shenyun.com.

COLIN MOCHRIE & DEBRA MCGRATH
January 25
Colin Mochrie (Whose Line Is It Anyway?) and Debra McGrath (Little Mosque on the Prairie) present their acclaimed show based on their 27 years of marriage, 60 years of performing around the world and 1 year on Instagram. Combing heartwarming and hilarious stories from their life, improv with the audience and surprise video guests, Colin and Deb will entertain you with their charm, wit and promise of cash prizes. For tickets and more info visit: brampton.ca

STOMPIN’ TOM CONNORS BIRTHDAY CELEBRATION AT ZOOMER HALL
January 31
Duncan Fremlin and his band, Whiskey Jack bring their show Stories & Songs of Stompin’ Tom to Zoomer Hall on THURSDAY, JANUARY 31 from 7:00 PM-10:00 PM. Stompin’ Tom’s longtime musical side-kick and back-up band will perform his greatest and most memorable hits! Be a member of the live studio audience for this one-night only concert which will be broadcast live on Zoomer Radio! For tickets visit universe.com.

DON MCLEAN
February 7
One of America’s most enduring singer-songwriters, Don McLean is best known for his classic hits, American Pie and Vincent (Starry Starry Night). He has amassed over 40 gold and platinum records worldwide and in 2004 was inducted into the Songwriters’ Hall of Fame. McLean’s Brampton performance is the only Canadian stop on his 2018 tour. For tickets and more info visit brampton.ca.