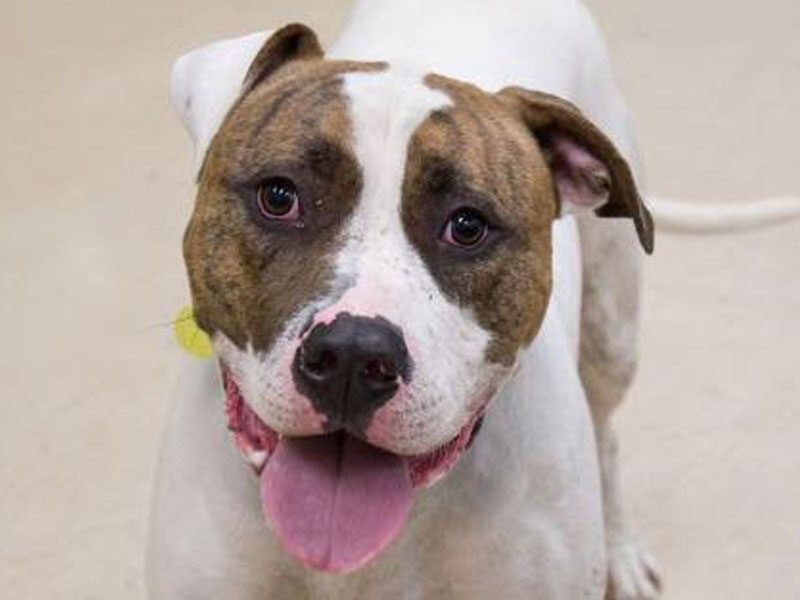 Jingo is an energizer bunny-bull-doggy with a peppity pep-pep in his step and a need for all things speedy! He thinks of himself as a serious athlete. His favourite sport? It’s called run-really-fast! He’s the best at it! And he can’t WAIT to show you. Just watch, he’ll zip around in circles till you’re dizzy! He’s also working on his jump skills. He wants to earn the record for jumpiest doggie here!

He is such a suck, such a sweetie pie filled with kindness and dreams of never ending fields and infinite cuddles. The only thing bigger than this boy’s heart is his appetite for treats! He LOVES his long lasting treats! Oh, and if you have a snuffle mat, he’ll love you forever.

Jingo is a dog who loves having a small clique. He doesn’t much care for being the most popular kid at school. But once you’re in his circle, you’ll see what a real suck he can be! He loves a long stroll or good run in the park with lots of toys but can also enjoy the more relaxed side of life: sitting alongside his buds and soaking up all the love and affection!

Unfortunately, Jingo has been in and out of the shelter system. His last home was a great fit, but sadly due to sudden unforeseen circumstances, his family had to move and heartbreakingly could not take poor Jingo. Each time he comes back into a shelter, he loses a little more trust in the world. He especially doesn’t trust those he hasn’t gotten to know. He does not do well with strangers, especially when they’re getting too close to the humans he does trust! When he is scared or unsure of strangers, he likes to talk out loud with his barks, and sometimes even gets a little nippy! He’s very protective when he’s afraid.

Jingo has also been known to be a little protective over his favourite toys! If you loved toys as much as he does, you’d understand! Still, he’s working on his behaviour in this regard, because he knows the best part of playtime is being able to share!

Jingo needs and deserves a patient, dedicated owner who has experience and who understands his history, breed characteristics and has realistic expectations of what continual training lies ahead. Jingo is working on his behaviour skills that will allow for him to slowly realize that strangers aren’t nearly as scary as they might seem. He will need his new family to help him continue his training.

He would prefer living in a mature home without small children, a home outside of the big bustling city with lots of space for him to run around! Most importantly, Jingo is looking for that special person that will help him become the dog he knows he can be!

If you’d like to get to meet Jingo, or just want to know a little more about him, please reach out to us at [email protected]