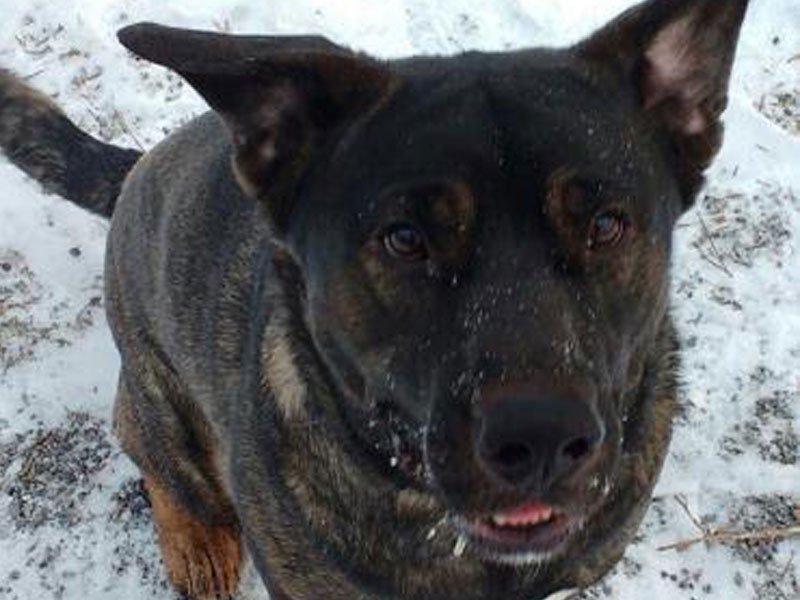 Johnny’s the type of dude who’s all about kickin’ back on the patio with a cold one, watching the sunset after a solid day of frisbee and chase. The type who’s up for those early morning trail walks and back in bed for his noon-time nap. He’s an outdoorsman who’s into trees and messy trails, wide open parks and quiet places where nothing but the sound of his own farts can disturb him!

While he may look like a tough guy on the outside, Johnny is a total softie on the inside. He gets spooked easily! He is often very insecure in new situations, environments, and with unfamiliar people. He doesn’t like crowded or noisy places, and will refuse to go for a walk if there’s too much going on outside! He sometimes feels compelled to express his anxiety by barking and lunging at strangers who concern him. It can take him a little bit of time to get to know someone, but once he does, he’s a real sweetie.

Johnny does NOT like cyclists or joggers. Who the heck do they think they are?! Do they think they own the road?! Get the heck out the way! He can sometimes react to these far-too-quickly moving people by barking and lunging at them, telling them to get off the road!

Johnny is a young boy with lots of potential! He hopes to find a quiet home outside of all the scary noise in the city. All the crowds, cars, and crazy cyclists just stress him right out! As for dogs, they can make him super excited. Sometimes he gets a little too excited! He would hope to be the only dog in the home. Not because he’s a grouch. He just needs to focus on his behaviour, not on chasing so-and-so around the house!

He hopes his new family would live an active lifestyle, with walks, runs, and silly antics always on the agenda! He wants to live in a more mature home without young children. He’s okay with older teens, but right now he’d get a little too excited with the youngins running around!

Johnny needs to focus. He needs a more experienced family who can dedicate themselves to channeling his energy and anxiety into positivity! With a little guidance and patience, he would be the BEST trail companion and couch buddy!

If you’re interested in in Johnny, please reach out to us at [email protected].