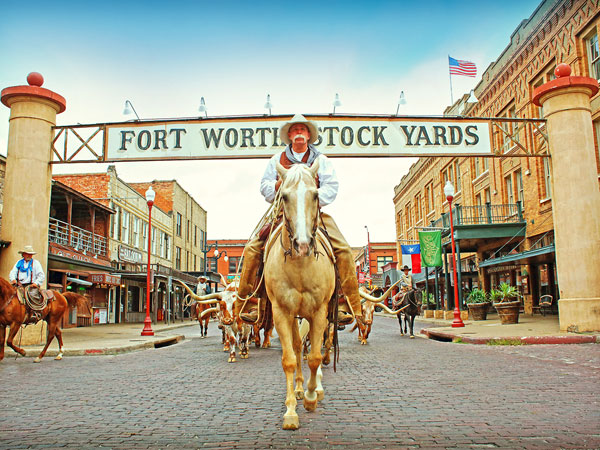 Join Neil Hedley and Sam Houston next week, March 26th to 30th, as they broadcast The Happy Gang live from Texas!!

First stop is is Fort Worth, a.k.a “The Texas You Want,” where rich western heritage lives on through twice daily cattle drives, year round rodeos and line dancing to boot at the world’s largest honky-tonk. Can Neil even line dance? Our bet says “no…” But stick around because you’re sure to find out and it’s gonna be hilarious.

Next stop, Dallas! A city that surprises, a destination that inspires big ideas. No, this isn’t the Dallas you thought you knew; this is new Dallas, full of energy and development – a city on the move…and Sam and Neil will be moving alright! They have tons of exciting Dallas stops for you like brushing up on their history at The Sixth Floor Museum, a tour of the legendary music venue The Bomb Factory and of course some real Southern BBQ at Pecan Lodge…and that’s just to name a few.

Last, but certainly not least, Sam and Neil will visit beautiful Arlington. They’ll be tail-gaiting at the Season Opener between the hometown team the Texas Rangers and the reigning World Series champs the Houston Astros.

Stay tuned for tons of great photos and videos from their adventure and don’t forget to tune in daily! Don’t miss a second of the fun, follow us on Facebook and Twitter.

Plus click HERE for your chance to enter to win your own trip to “beat the winter blues in Texas!”

The Phantom of the Opera stars Stopped by Breakfast Radio!