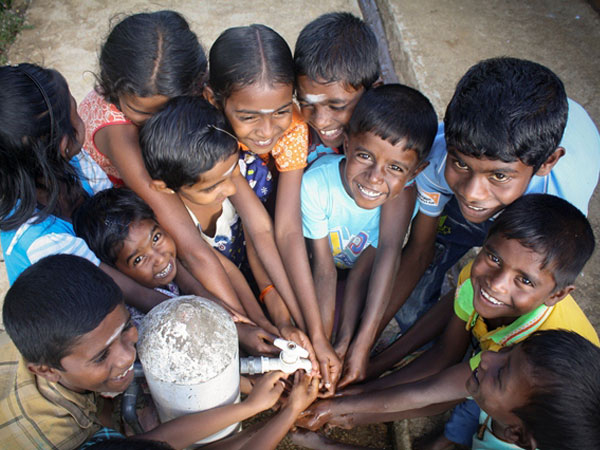 Sri Lanka is among the world’s largest tea producers. When tea production first began in the early 19th century, thousands of Indian immigrants were brought to the country to work the plantations. They were given “line-rooms” – rows of attached houses designed to accommodate only two people.

Today, tea pickers still occupy these small dwellings, but eight or more people are forced to reside in each home. The cramped quarters and lack of clean water mean diseases spread quickly and the quality of life is poor. 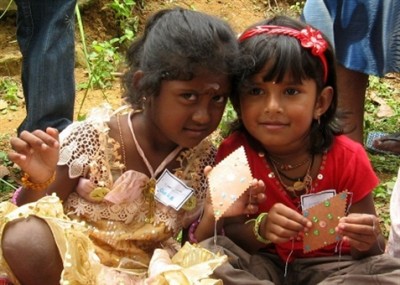 ​ “I moved into our living room with my wife when I got married,” says Wilson, 29, whose family has always picked tea. All his life, he has shared one small bedroom with his parents, two brothers and sister.

“It was very difficult for us growing up,” he says. “I don’t want my child to go through the same difficulties we did.”

Now Wilson has a two-year old daughter. He doesn’t want her to continue being exposed to the sickness and quarreling that takes place in the line-rooms.

His family is one of thousands facing this predicament.

World Vision is committed to helping families like Wilson’s. As a start, 23 new houses were recently built in his community. One of the local plantations agreed to provide land and timber. World Vision oversaw the construction of the rooms and walls, and made sure purified water and toilet facilities were installed in the homes.

Each family received a small loan to cover the roofing costs, while the whole community pitched in to clear the land and build the houses.

Wilson is thrilled to finally have a house of his own with his wife and daughter. With clean water and proper sanitation, his child will have a better chance at a healthy future.

“We always dreamed of a home of our own but we never thought that dream would come true,” says Wilson’s wife Srimala. “We are very excited to move in.”