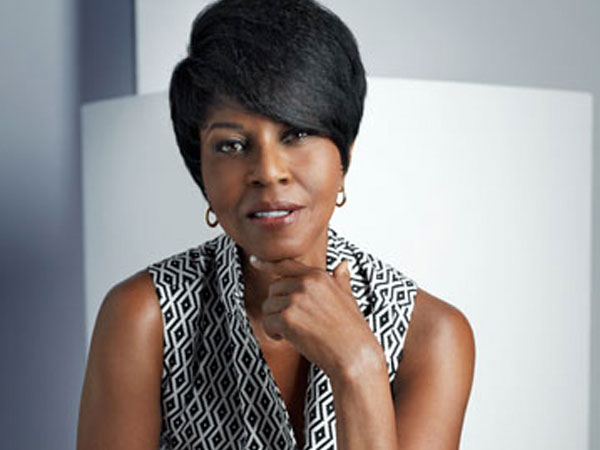 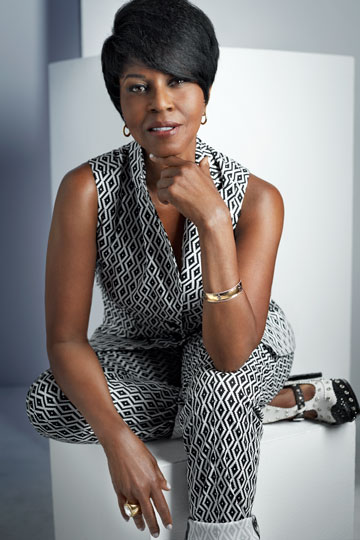 Pauletta Pearson Washington, singer, actress, and wife of fellow actor Denzel Washington, is no stranger to Toronto having lived here during the early years of her acting career. We’re happy to say that she’s back in Toronto again, this time to perform with her touring concert of ‘Spoken Word and The Roots of Soul’. Pauletta took a moment from her busy rehearsal schedule to stop by our studios for a quick Q&A.

What musician or artist is your guilty pleasure?
Lenny Kravitz, although I wouldn’t say that it’s a “guilty” one. I’m a very big fan of his work and also a friend, plus he’s not bad too look at either!

As far as a “guilty pleasure” though there is nothing that I would say I’m embarrassed to listen to.  I enjoy such an eclectic genre of music and musicians, it really depends on what mood I’m in – sometimes I feel Bonny Raitt, I love Led Zeppelin or Three Dog Night, for example.

What do you do to unwind?
Yoga, hot yoga and cycle spinning. I love all of these things and they each serve several purposes for me – they help me stay aligned, tone, keep me in shape… I love them and they really get me going.

What’s coming up next for you?
The next stop on tour with our show is North Carolina, then we’re heading to New York and up the East Coast until about December. Following that we have things here-or-there, mostly based in the West Coast. My desire is to take the show on tour through Europe, so hopefully that’s where we’ll be in 2015. After that? Back here in Toronto I hope!

You can catch Pauletta in concert this Friday, September 12th at The Church of the Holy Trinity. Visit totix.ca for tickets and more info.