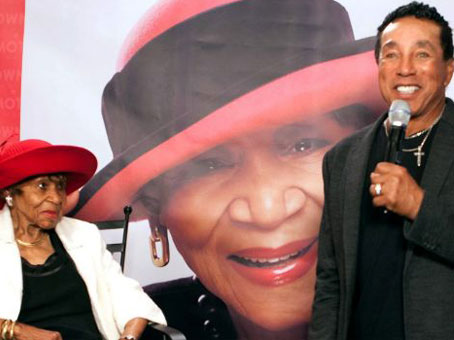 Maxine Powell, who died today at the age of 98 had probably one of the most interesting and unique jobs that you could ever think of. She worked for Motown Records and her official title was chief of charm. So what exactly does a chief of charm do?

Powell was responsible for making sure that musicians like The Jackson Five, The Supremes and Smokey Robinson presented themselves to the public. This included teaching them how to treat their fans and journalists, how they dressed and how they should carry themselves. Her training school was the only one of its kind offered at any record label.

Although Powell never sang or wrote songs for the record label, her colleagues would agree that her role in the organization was an integral part of the success of the artists signed to Motown Records. No matter how famous a musician became, when they were back in the head office of Motown Records (in Detroit) they had to go to artist development classes twice a week taught by Powell.

Some of the training included teaching Marvin Gaye to sing with his eyes open and having others balance books on their heads to improve posture. She also instructed artists on how to properly exit limousines! She will always be remembered for her important role in Motown.