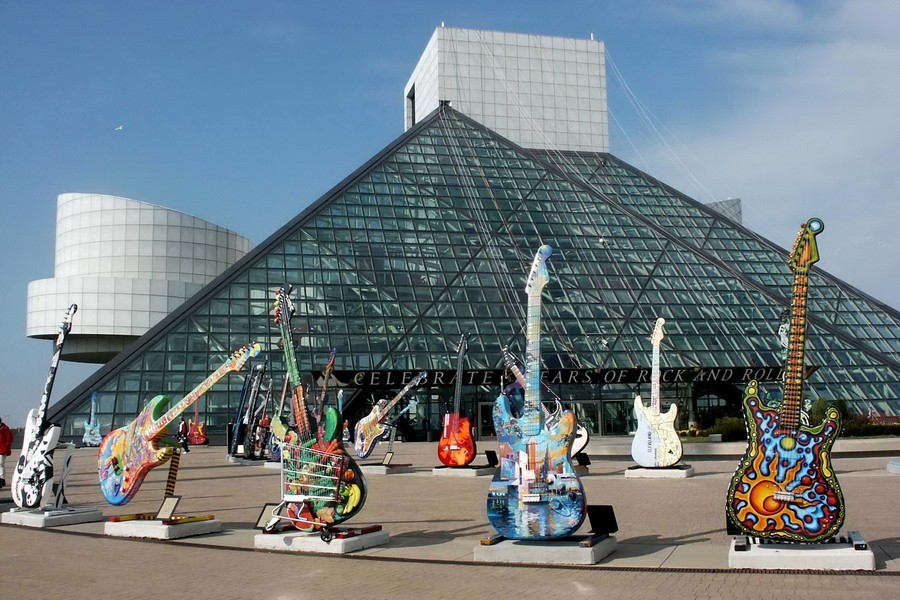 One of my favourite places in the whole world is the Rock’n’Roll Hall of Fame – in Cleveland, Ohio. That’s because I love rock’n’roll music, and there’s no better museum/shrine/celebration of our generation’s music than the Hall of Fame. I could spend endless hours in there reading, listening and absorbing the ‘magic in the music’ – from permanent displays to touring exhibits – from the earliest pioneers to all the superstars.

The Hall of Fame was opened in Cleveland, September 1st, 1995 with a ribbon cutting ceremony and a spectacular concert the next day starring Chuck Berry, Bob Dylan, Jerry Lee Lewis, Aretha Franklin, John Fogerty, John Mellencamp, Bruce Springsteen and many others. The choice of Cleveland, as its location, was controversial. Several other cities – perhaps more obvious choices – vied for the privilege. But Cleveland had something that New York, LA, and Memphis didn’t – a historic role in the new music’s evolution. 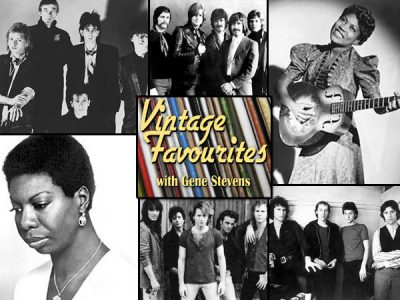 It was in Cleveland, the music was actually named; it was where pioneering radio personality Alan Freed hosted ‘The Moondog House’ – a show that enthusiastically championed the rhythm & blues music of the early 1950s. Alan Freed took an old term for ‘sex’, used in several R&B songs, and re-named the music ‘Rock’n’Roll’. And it was in Cleveland, the first ‘rock’n’roll concert’ occurred March 21st, 1952 at the Cleveland Arena – Alan Freed called it ‘The Moondog Coronation Ball’ – starring 5 acts including Paul Williams and The Dominoes. It was beyond a sell-out audience with some 20,000 tickets sold to an arena holding about half that number. Police feared violence and shut down the show after just one song.

And finally, when Rolling Stone magazine held a readers’ poll inviting input – Cleveland won hands down, over all other cities, due in large part to an aggressive promotion by a local rock radio station. The Hall of Fame began induction of at least 5 performers every year, since 1986. An inductee must have released their first recording at least 25 years earlier to be considered. That first year, inductees included the founders of rock’n’roll: Chuck Berry, Elvis Presley, Little Richard, Fats Domino, Ray Charles, Buddy Holly, Everly Brothers, Jerry Lee Lewis, Sam Cooke and James Brown. Hundreds more would be inducted in the following 3 decades, including 5 more this year: Dire Straits, Moody Blues, The Cars, Bon Jovi, Nina Simone.

I hope you tune in for this year’s inductees’ feature, as well as the first 4 Canadian artists inducted in years past, and the answer to this question: ‘Who is the only artist inducted three separate times – and why ?’