A Journey to the Roots of 'Rhythm and Blues' 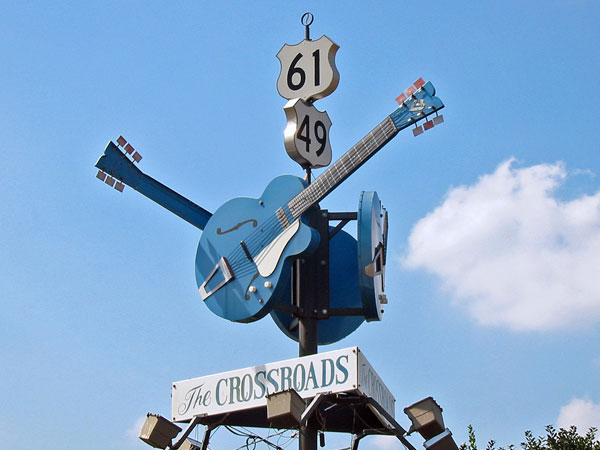 As Black History Month observations continue through February, I’m exploring some classic music genres relating to African-Americans. This Sunday – the 11th – I’ll trace the evolution of the blues from its roots in the south into the industrial northern cities where it was electrified, and led to ‘Rhythm and Blues’.

I’ll feature some of the legends, including Robert Johnson, the street-corner guitarist who supposedly sold his soul to the devil at ‘The Crossroads’ where the ‘blues highway 61′ meets highway 49 in Clarksdale, Mississippi, in return for his talent and fame, and then mysteriously died at 27 – the first of the so-called ’27 Club’. You’ll hear Muddy Waters, who was among the first to plug his guitar into an amplifier so he could be heard above the street noise in Chicago – ushering in the electric blues that led to rhythm and blues, and to ‘hard rock’.

If ‘the southland gave birth to the blues’ – as in the famous song – then it was the north that gave the music its teenage masculine aggression, bravado and voice. So, I’ll take you on a musical journey – somewhat like what I did with my daughter a few years ago, driving north from New Orleans, along ‘The Blues Highway, 61’, past the cotton fields and tiny towns, along the Mississippi, into the ‘delta’ south of Memphis – to Clarksdale’s ‘crossroads’ – where local-born acting legend Morgan Freeman owns the Ground Zero Blues Club. He’s known to drop in, so you just might see him, and you’ll want to explore the local blues museum too. Then head further north to Memphis, and beyond – just as thousands of hopefuls did in years past – hopeful for a better life, better jobs, and, for blues-players – perhaps ‘the big time’. I hope you can join me this Sunday at 2 for ‘when the blues got rhythm’.