Jump, Jive an' Wail! The Emergence of the 'Retro-Swing' movement in the 1990s 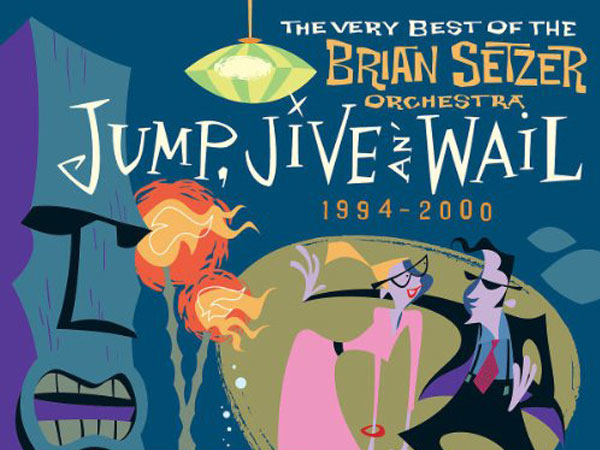 Last Sunday (14th) we featured ‘The Swing Edition‘ celebrating the great music of that 1935-1945 period when the big bands of Glenn Miller, Tommy Dorsey and Benny Goodman ruled the scene … inspired by the 80th anniversary of Goodman’s legendary concert at Carnegie Hall, January 16th, 1938. That single moment legitimized ‘swing music’ – the ‘pop’ music of its day – as having ‘arrived’, because Carnegie Hall had never before welcomed anything so ‘common’ before.  It was the home of symphonic and classical music.  Goodman’s show changed all that – big band swing was now ‘legit’.

That scene changed after war’s end, as the big bands broke up, and their former vocalists took the spotlight in the new age of ‘crooners’. They eventually gave way to ‘rock’n’roll’ in the mid-50s, as popular music kept evolving.

But big band fans always believed that swing music would someday return. It finally happened with the ‘Retro-Swing’ movement of the 1990s with bands like Brian Setzer Orchestra, Big Bad Voodoo Daddy, Squirrel Nut Zippers and Royal Crown Revue … and they inspired others like Harry Connick Jr., and eventually Diana Krall, Michael Buble, Matt Dusk, and all the others to re-visit that great sound.

So this Sunday, I’m featuring ‘The Retro-Swing Edition’ – and if you have fond memories of that GAP commercial featuring Brian Setzer’s ‘Jump, Jive and Wail’, I know you’ll love this feature.  Also, on the show, a triple play salute to the late great Janis Joplin who would’ve turned 75 this week, and Canada’s legendary rockabilly star, Jack Scott, turning 82 – and still entertaining !  Thanks for tuning in … cheers. Gene.