The String Attached Orchestra - A Blog from Frank Proctor 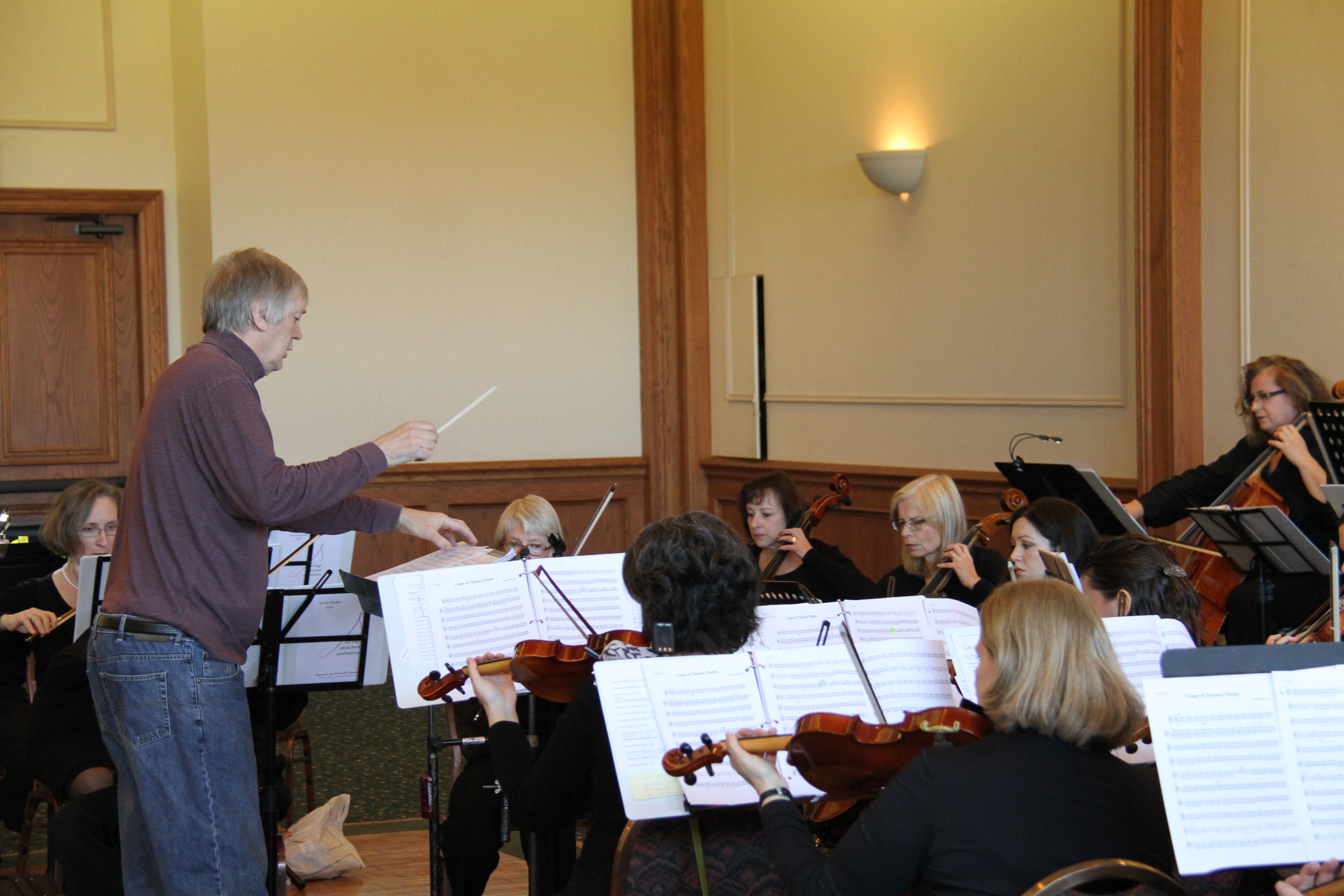 A couple of Sundays ago, my friend Peter, who lives just around the corner from me in Cedar Valley, (near Newmarket) invited Shirley and I and about 30 other music fans to his backyard to enjoy a day of live music provided by 7 musicians seated under the branches of a tree. The day was splendid. The musicians were wonderful and we even had guest solos provided by Barbara Jordan and the effervescent Zoe Adams. Now, although we passed the hat at the end of the concert, these musicians showed up to play simply because they loved to play their kind of music; some big band tunes, light jazz treatments and lots of standards like Honeysuckle Rose.

During a break of two, I had the pleasure of speaking with Ric (that’s Rick without the “K”) Giorgi the guy who rounded up these musicians and who as well is the leader of the Strings Attached Orchestra. Here’s what I found out…

The Strings Attached Orchestra is a member based group of dedicated amateur string musicians located in Toronto. They rehearse weekly from September to June, and perform around the city for hospitals, community centres, retirement homes, and friends and family. 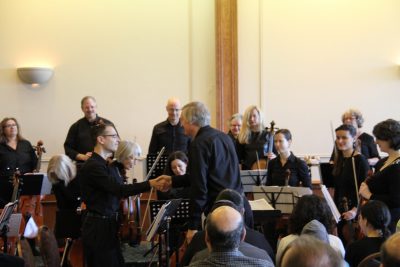 Under the baton of conductor Ric Giorgi , they play repertoire from a broad range of styles and periods from the 17th century to the 21st, from popular music to jazz to the serious classics.

New members are welcome to join at any time.  If you play the violin, viola, cello, or bass, and are interested in joining a group, you’re invited to contact them. So this would be a great time to get in touch. I’ll provide some contact info in a moment but first I want to cover what else Ric had to share with me that day and was so enthusiastic about. It’s called The Young Composers Initiative.

How do composers compose music?  Mahler once said “I don’t choose what I compose. It chooses me.” – “Musical ideas pursue me to the point of torture. I cannot get rid of them….” said Haydn. – Tchaikovsky making a joke on being asked “How do you write?” answered “Sitting down”. Most composers write because they can’t not write but getting the music performed is a totally different story.   So how does an unknown young composer get a break and get their music performed in public? Solution – The Strings Attached Orchestra’s Young Composer’s Initiative.

The Strings Attached Orchestra hopes to encourage the writing of contemporary works for strings by young composers to foster their development and careers and to spread knowledge of their work and talent broadly across Canadian society. They established the Young Composers Initiative in 2015-16 to give young Canadian composers, up to and including the age of 16, the opportunity to have their music played by members of a string orchestra in a public concert. I think what they’re doing is wonderful and I hope you agree.

This Week on Theatre of the Mind: September 26th - 30th

This Week on Theatre of the Mind: September 12th - 16th

This Week on Theatre of the Mind: September 5th - 9th